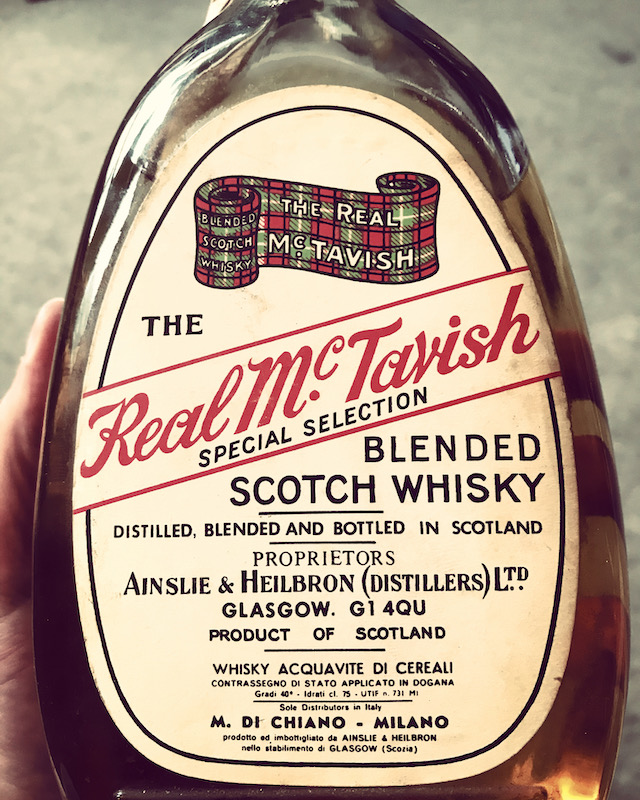 Blends - Then and Now

Blends have a bit of an image problem. Sorry, but it’s true. Especially in the domestic Scottish market and - to slightly less extent - the UK as a whole. We tend to, rightly or wrongly, think of blends mostly as cheap quaffing whisky for those times where criteria such as ‘complexity’, ‘balance’ and ‘pleasurable’ take a back seat in favour of ones like ‘cheap’ and ‘won’t make me blind’. This wasn’t always the case however.

Recently I was lucky enough to taste a Ballantine's 17 Year Old that was put in bottle some time in the 1950s. In short, it was phenomenal (for a more detailed review check out our uncorking video) and it wasn’t just me that thought so. It was one of a number of bottles we took to a whisky fair and whilst we had some other cracking single malts of equivalent value, the one that generated the most surprise, interest and “here mate you’ve got to come try this” responses was the the Ballantine’s. So why the stigma around blends?

In fairness, with a few notable exceptions, most of the blends on the market today are the cheap and cheerful sort, intended primarily for mixing. But up until relatively recently nearly all Scotch on the market (especially the export market) was blended, from the cheap mixing whisky right up to the premium luxury end. Really good bottles may have a particularly high malt content or even be 'All Malt' blends. Single malts were a small category enjoyed by a niche group of enthusiasts - it was only in the 1990s that the single malt category really started to take off. What that meant was distilleries weren’t holding on to vast amounts of whisky for their core range or earmarking their best casks for special bottlings and, as a result, the quality of the malt available to blenders was a lot higher, leading of course to better blended whisky.

This isn’t (just) a long winded way of saying we should all be hunting down and drinking blends from decades past, nor that if you indiscriminately drink old blends you’re going to have a good time - there has always been and will likely continue to be blenders committed to the production of horrific inebriation fuel. However, being aware that ‘Single Malt’ isn’t a prerequisite for quality can lead you to some hidden gems you might otherwise have overlooked. At that same whisky fair I got a chance to try a number of whiskies offered by the other exhibitors, and the one that actually made me reach into my pocket was a 20 year old blended malt (okay, not a ‘blend’ I know) that was superb. And it cost a fraction of what I’d expect to pay for a single malt of equivalent age, or more germanely, equivalent quality.